A key question we sought to answer in the MassLang survey was “Which languages are offered in Massachusetts public high schools?”  We found that there are 16 different foreign languages offered; the graph below shows the number of schools that offer each language. 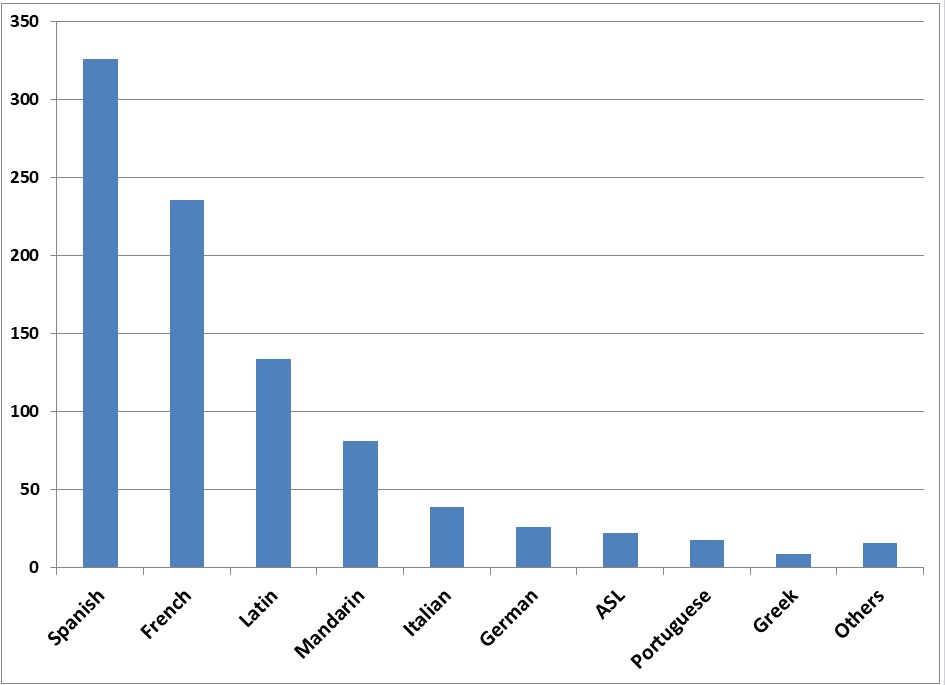 How Many Different Languages Are Offered In Each School? 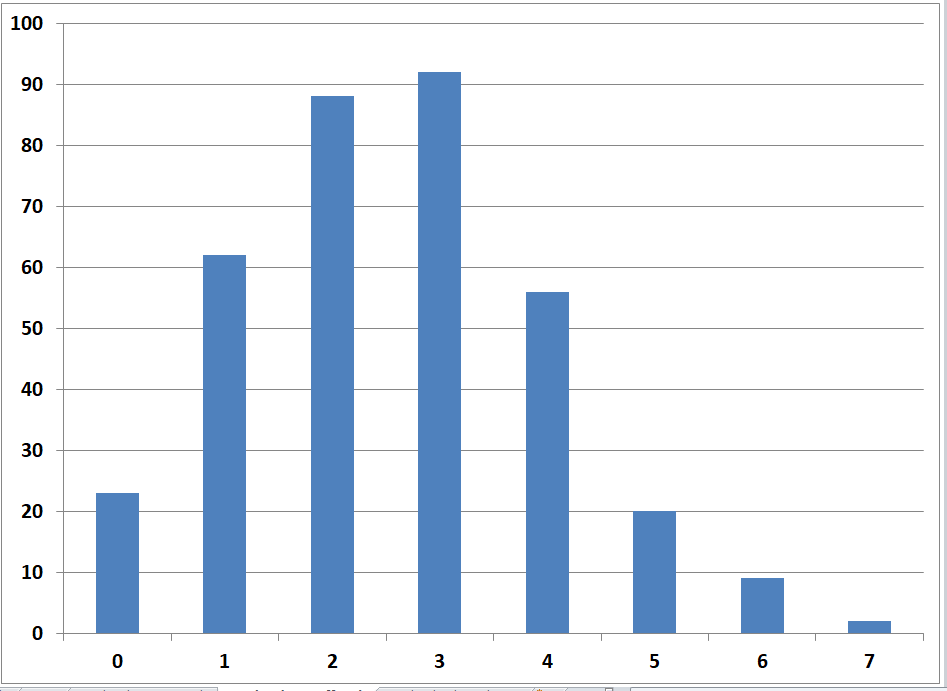