Which Languages Are Taught in Massachusetts Public High Schools? 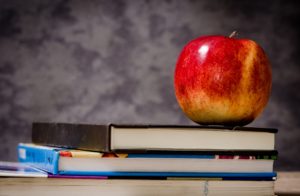 Well, we said, like almost all questions of the form “How is that done in the United States?” the answer is “It depends.  There is huge variation in how things are done across the US.”  In the American educational system, each state, and to a large extent each town within a state, can determine what is taught in their schools.   This is especially true for language instruction.   While almost all high schools in the United States teach classes in English (i.e. the teacher speaks English to the students) and offer courses about English language and literature, there is a wide range of offerings for languages other than English.   For example, the high school in our town in Massachusetts offers 4 foreign languages (Spanish, French, Latin, and Mandarin), the high school in one neighboring town offers a different set of 4 languages (Spanish, Italian, Arabic, and Armenian), and the high school in another nearby town offers just Spanish.

The conversation with our German friends got us thinking, and we set out to discover the range of foreign language options in Massachusetts high schools.  We looked at information for 351 public high schools in Massachusetts in order to determine what languages they offer and what their graduation requirements are.   Our key findings are below, and the full results, including a searchable database of schools and languages, can be found on the MassLang Survey page.

The full details of the Lexplorers MassLang survey of the foreign languages taught in public high schools in Massachusetts are available via the links below.

Languages Offered: We look at which languages are taught in Massachusetts schools and how many different languages are offered at each school.

Notable Offerings: We look at some public high schools in Massachusetts that have noteworthy foreign language programs.

Methodology: A summary of data sources, categories, and possible sources of error in our analysis.  Links to all the raw data used in our analysis are here, including information sources and spreadsheets of compiled results.