My first goal in the Couch to Korean Challenge is to figure out the Korean writing system so that I can start to learn words.   I am pleasantly surprised with what I have found so far.

In 1444, King Sejong the Great wrote a document describing a new writing system for Korean.  He called it Hunminjeongeum, meaning “The Proper Sounds for the Instruction of the People.”   Now commonly known as Hangul (“Great Script” or “Korean Script”), the writing system created by King Sejong was not just any arbitrary writing system.  It was a well-thought-out system that was perfectly suited for the language and was mostly based on linguistic principles.

In Hangul, the shape of a character for a consonant phoneme maps to the point of articulation for the phoneme.  For example,  the character ㄴ shows the position of the tongue in the mouth when making the alveolar nasal [n].  The character ㄱ shows the back of the tongue making the the velar [k] or [g].  The bilabial sound [m] is written with the character ㅁ, which shows the shape of the lips making the sound.  These “mouth maps” form the basis for the other consonants with the same point of articulation:  for example, the velar [t]/[d] is represented by ㄷ, which is simply ㄴ with one extra stroke.  As a Korean learner, it is thus quite straightforward to learn the consonants.  Rather than having to memorize all the new characters, with a little practice you can look at the character and easily know how to say it. 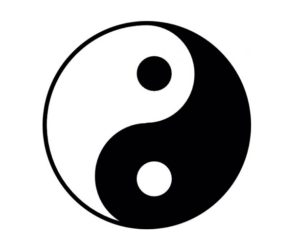 The Korean vowels also have a fascinating system that combines linguistic and cosmological elements.   The core elements are the Earth (ㅡ), the Sky (ㆍ, usually replaced with a short stroke), and Man (ㅣ).   These elements combine to form dark (or “yin”) vowels and bright (or “yang”) vowels.

In bright/yang vowels, the sun is in the Sky above the Earth (ㅗ, [o]) or shining to the right of Man (ㅏ,[a]).  In dark/yin vowels, the sun is below the Earth’s horizon (ㅜ,[u]) or behind Man (ㅓ,[ʌ]).  Other vowels are formed by adding additional dots (or short strokes), and diphthongs are formed by combining simple vowel characters, but always keeping the yin and yang in harmony.

Thanks to good King Sejong and his sensible alphabet,  I have a good start on reading my first few basic words.  Next up is learning the more detailed phonological mappings and practicing the pronunciations, especially the vowels and diphthongs.

For reference, resources I have found particularly useful for learning Hangul and Korean phonology have been the Omniglot page on Korean, the Wikipedia page on Hangul, the Routledge grammar Korean: An Essential Grammar, and The World’s Writing Systems.