From Schönberg and Bel Monte to Belmont: Beautiful Mountains across the US

We recently spent time in two different American towns named Belmont, and that got us thinking about the origin of the name Belmont and its presence in many places across the US.  So today we put on our Lexplorers toponymy hats. 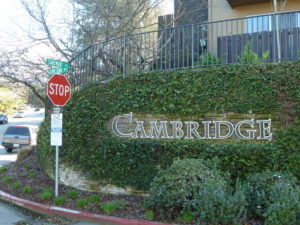 On the surface, the two Belmonts we visited are remarkably similar, despite being 3,000 miles apart.  Belmont, Massachusetts is a suburban town outside Boston, with a population of about 25,000.  Belmont, California is a suburban town outside San Francisco with a population of about 25,000.   Due to their proximity to universities and high tech companies, both Belmonts are home to large communities of engineers and academic professionals.  Belmont MA borders the city of Cambridge MA, and Belmont CA contains a large housing development named Cambridge. 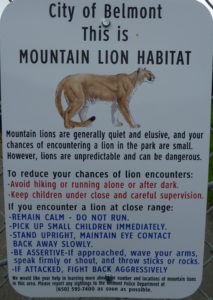 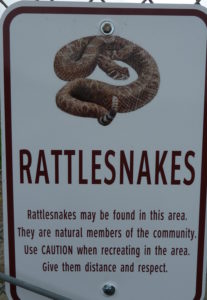 The CA Belmont is clearly the more tech-savvy of the two, as they claimed the domain belmont.gov, while the MA Belmont had to settle for belmont-ma.gov.  Both towns are home to dangerous wildlife: coyote and bobcat in MA, mountain lion and rattlesnake in CA.

For the Lexplorers, the really interesting questions is, how did these two towns 3,000 miles apart end up both being named Belmont?   The common narrative for the spread of a place name across the United States is the following.   Explorers and settlers came from somewhere in Europe to the East Coast of the New World and named a new settlement after their European hometown (often adding “New” to the name).  Later, when residents of that American town migrated westward, they carried the name with them and named new settlements after their hometown in the East.  For example there are 10 places called London or New London across the US, 18 named Paris, 9 named Amsterdam, and 15 named Lisbon.  There are countless others named in honor of European royal figures (e.g., James, Charles, William, George, Louis, the Duke of Orleans, Lord Baltimore, and the Virgin Queen) and other leaders (Pitt, Penn, Hudson).   The other primary source of place names in the US is the local Native American language.

Given this, we might expect that settlers from some European city named Belmont would be responsible for the Belmonts in the US.   Or maybe subjects of a Duke Belmont somewhere.  Or a Native American place that sounded like Belmont.  Well, the name Massachusetts does come from the Native American Massachusett people and means something like “place of the large hill.”   Massachusetts was settled (some would say invaded) by the English in the 1600s, and being part of the region called New England, the Massachusetts gazetteer is a panoply of Englishness (Boston, Lincoln, Cambridge, Dover, Reading, Gloucester, Plymouth, and many more).  The other main source of Massachusetts names is Native American place names, primarily from the Algonquian family (e.g., Nantucket, Natick, Saugus),

The name California was bestowed by early Spanish explorers.  There are other US states with simple, descriptive Spanish names:  Colorado (“red”), Nevada (“snowcapped”), Florida (“Land of flowers”), Montana (“mountain”).  But not California, which was apparently named after a mythical island populated only by beautiful Black Amazon warriors who used gold tools and weapons.  California was once part of New Spain, and, logically enough, many place names in the state are Spanish (e.g., San Francisco, San Jose, Los Angeles, San Diego).

So, names in Massachusetts are predominantly of English or Algonquian origin, and names in California are commonly of Spanish origin, but it turns out these languages are not the source of the name Belmont.  Belmont MA was named after the estate of John Perkins Cushing (the same Cushing whose namesake street in neighboring Cambridge intersects Thingvalla Avenue).   Cushing named his estate Bellmont, from the French belle (“beautiful”) and mont (“mountain”);  the beautiful mountain in this case was a “gentle eminence at its center that provided views toward Fresh Pond and the Mystic River valley.”  Belmont CA  was named either by or in honor of Count Leonetto Cipriani, an Italian aristocrat with a large villa in the area.  The name comes from the Italian bel monte (“beautiful mountain”); Cipriani’s beautiful mountain was a nearby “symmetrically rounded eminence.”

One fascinating Belmont story leads us from a beautiful mountain in Germany to a street in Chicago.  Upon emigrating to the US in the 1800s, German businessman August Schönberg (which is German for “beautiful mountain”) changed his name to August Belmont (which is French for “beautiful mountain”).  August Belmont became a successful American politician and horse breeder, which led to the naming of Belmont Park in New York in his honor.  Belmont Park is perhaps the most well-known of all American Belmonts, as it is home to the Belmont Stakes, the third leg of the Triple Crown horse races.   In his role as a politician, August Belmont impressed some people in the state of Missouri, and the town of Belmont, Missouri, was also named after him.  Belmont MO was the site of the Civil War Battle of Belmont,  and even though it was a relatively minor battle in the war,  Belmont Avenue in Chicago was, in turn, later named after the Battle of Belmont.

Belmont, Nevada is a former Wild West boomtown that is now a ghost town.   Belmont, Nebraska is near the Belmont Tunnel, the only railroad tunnel in the state of Nebraska, but it is also now a ghost town.  Residents of both Belmont MA and Belmont CA indicate that their Belmonts also become ghost towns after 7 pm most evenings, but that type of virtual ghost town is unrelated to the Wild West ghost towns.

In reading about the histories of Belmonts in the US, we frequently came across a sentence like “Belmont was platted in 1853.”  We had to look up the meaning and etymology of plat to learn that platting is the process of creating a map that shows property lines.  The word plat seems to be a uniquely American dialectal variant of plot, possibly influenced by the related word plan.  Platting an area was one of the essential steps toward the creation of a new town as the United States expanded westward in the 1800s.