That Can’t Possibly Be A Real English Word! 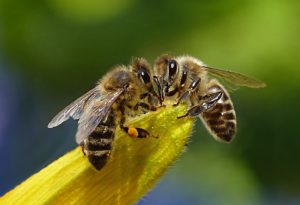 One of the joys, and also challenges, of being a Lexplorer is that there is an endless supply of interesting language topics to learn about.   While I have been trying to make steady progress on the Couch to Korean Challenge, for the past couple weeks I veered a bit off the race course and took a temporary detour into lexicography, including reviews of Word by Word and Reading the OED.

It all started with the 2017 National Spelling Bee, an event that has become so popular in the US that it is even broadcast live on a national sports network.  It is remarkable that millions of people sit home in the comfort of their living rooms, tune in to ESPN, and marvel at the abilities of the athletes on the screen.  For one day each year, the athletes are not just those who can run fast and jump high, but also those who can correctly spell scherenschnitte and nunatak.   And the most common questions of the day are not “Can the Warriors repeat?” or “When will Mike Trout come off the DL?” but rather “What is the language of origin?” and “Are there any alternate pronunciations?”   It’s a word nerd’s Super Bowl, a lextravaganza that showcases the huge range of etymological influences on the English language and the kids who have astounding mastery of the diverse English lexicon.

When I was a kid, I loved participating in spelling bees, and I still remember every word that knocked me out of every bee.  In my case, the misspelled words (including plenary and recalcitrant) clearly marked my spelling prowess as “barely-a-regional-contender” rather than “prime-time-ESPN-caliber.”  As an adult, I enjoy attending our local spelling bee, and I always look forward to watching the ESPN broadcast of the National Spelling Bee.   I am especially struck by how the difficulty of the words, and thus the level of the competition, has increased dramatically.   During my prime spelling years, the winning words at the National Spelling Bee were sarcophagus, psoriasis, Purim, and luge, all very useful English words that any adult English speaker could expect to encounter.   In contrast, the winning words in recent years have been cymotrichous, guetapens, knaidel, feuilleton, stichomythia, scherenschnitte, nunatak, Feldenkrais, and gesellschaft.  I would guess that the vast majority of even well-educated Americans would not recognize a single one of those words.  I wonder how many are even familiar to English lexicographers who work with dictionaries every day.  So how (and why?) do 12-year-old kids know how to spell these words?

The answer is that these kids know these obscure words because, in preparation for this spelling bee, they put a huge amount of time and energy into trying to memorize all the 470,000+ English words and etymological roots and definitions in the unabridged Webster’s Third New International Dictionary.  Some of them study spelling for hours a day, using dictionaries, word lists, computer spelling tutors, and even spelling coaches.  Parents have always been the primary spelling coaches for kids, but according to a May 2017 Washington Post story, some parents have been outsourcing the job to professional spelling coaches who charge up to $200 per hour to help kids prepare for the National Bee.  And that’s the point where I question the purpose and the value of this whole National Spelling Bee thing.

As much as I enjoy watching the glorification of intellectual achievement, and there is no question that competing in the finals at the National Spelling Bee is an impressive intellectual achievement,  I always come back to wondering, “What is the value of being able to recite sequences of letters that match the exact sequence of letters shown in one specific dictionary (and how can it possible be worth paying a coach $200/hour)?”   Do these kids really love English vocabulary so much that they happily spend hours every day for months studying the dictionary?  When the parents are willing to plunk down $200 per hour for a spelling coach, how much of this is driven by the kids themselves and how much by the parents?

I believe strongly in the value of learning languages and expanding vocabulary for the purpose of improving communication and cultural exchange.   But in its current incarnation, the spelling bee is certainly not about learning English words that will improve communication; it is simply a contest of memorization.  Now, memorization contests are very challenging in themselves, so I do not mean to take anything away from the accomplishments of the 12-year-old kids who work hard to prepare and compete.  But in essence it is an accomplishment similar to that of Nigel Richards, who won the French-language Scrabble championship despite not speaking French.  He simply memorized the list of valid French Scrabble words and proceeded to win the tournament.   As his friend put it,  “He doesn’t speak French at all, he just learnt the words.”  Most of the words in the National Spelling Bee will never even be recognized as English words by an English speaker, so they might as well be Greek and Latin.   So I wonder, if the kids truly love learning words, instead of memorizing 100,000 obscure English words and word roots, why not use that time and energy to learn 10,000 words in 10 different actual languages that they could then continue to speak throughout their lives?  Imagine a pre-teen kid who could already understand 10,000 words in English, Spanish, Arabic, Mandarin, French, Japanese, Russian, and 3 more languages!  Wouldn’t that be more impressive than being able to spell guetapens?

In the end, urged by my fellow Lexplorers to lighten up and just enjoy the spectacle, I admit that it was great fun to watch the kids that made it onto ESPN for the prime time final rounds.  They had studied really hard to make the finals, and they demonstrated an amazing level of preparation and poise.  It can’t be easy to stand in front of a microphone on a stage under the bright lights of national TV, look down at Dr. Jacques Bailly, and wait for him to say a word that could be any one of 470,000.  So I left my objections behind and settled in on the couch for the recurring and predictable pattern:  the next contestant steps to the microphone, the word is pronounced, and I think, “What?  I have read like 63 million books in my  life and I have no idea what that word is.  That can’t possibly be a real English word!”  Then the 12-year-old kid leans into the microphone and says “Does that come from the Greek root phryn– meaning ‘toad-like’?”  or “Is that from the Ancient Armenian word meaning ‘a clay urn for holding pomegranate juice’?”   The kid then proceeds to spell the word correctly, and I yell “How the heck did you know that?!”